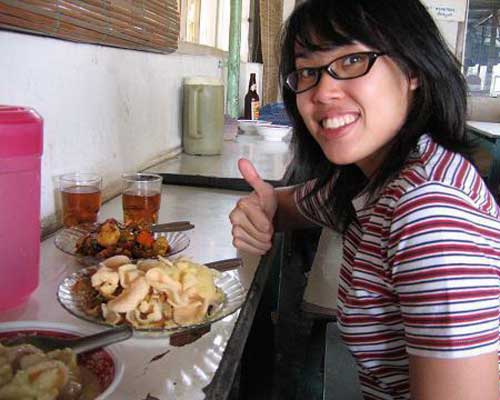 Kirana A. Widayanti, or Kiki as she is more commonly known at IALF, has been working as a part of the IALF team since 2005. Kiki grew up in Jakarta. After a period in Bandung she moved to Singapore where she studied and finally graduated with her Bachelor Degree  in Electronic and Electrical Engineering. After graduation Kiki looked for work in Singapore and when a friend asked her to work in administration at a school in Singapore she accepted and so moved into the world of education.  In 2004 she moved back to Jakarta and almost immediately began working at IALF in Jakarta as an officer with the IELTS team. It wasn’t too long before Kiki became the IELTS Administrator at IALF Jakarta. Since 2014 Kiki’s position is that of Personnel and Administration Manager at IALF Jakarta. Kiki loves working at IALF and doubts she will ever return to the world of electronics and electrical engineering. She even jokes that she can’t even change a fuse these days.

Listen to Kiki
The IALF website uses cookies to optimize and improve your browsing experience. By continuing, you agree to our use of cookies.Continue