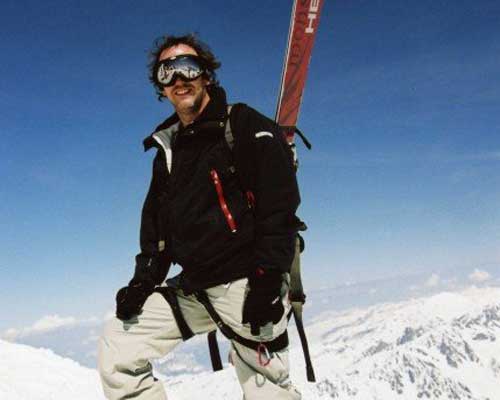 Alex Newman arrived in Indonesia on New Year’s Day 2010 in Jakarta for his first teaching position after completing his Trinity TESOL. That job involved teaching young children, which he deemed far too stressful, so he moved on to teaching business English and IELTS. This was much more challenging intellectually and on a cultural level, and the dashing between classes by ojek was the very Jakartan way to get around. During this time, Alex took some time off to study for his Cambridge DELTA in Istanbul, a wonderful city to live in, but far too interesting to spend too much time studying. On returning to Jakarta, he put his new skills into practice by developing and giving various Business English workshops. Shortly after this, the opportunity came up at IALF teaching academic English.

Alex really enjoyed the students, as they were very motivated and keen to study and they inspired Alex to start an MA Applied Linguistics by distance learning, a course he finished in 2016. Although the MA is from a British university, Alex used his experiences in Indonesia in a number of the assignments. These include a comparison of the Indonesian, Malaysian and Jakartan languages, and a critical discourse analysis of an article in the Jakarta Globe.

Alex recently moved to Surabaya, to take on the role of Director of Studies at IALF Surabaya. He finds this to be an interesting and challenging position, and one that is quite different from what he imagined. The main difference is the range of different skills and abilities that the role requires compared to teaching. For example, previously a typical day would consist of preparing lessons and then teaching. Now, a typical day might include attending a meeting, working with the marketing department, writing a new syllabus and encouraging and guiding the teachers.

Prior to teaching, Alex worked as an engineer, having acquired BEng (Hons) at university, and in the IT industry (programming mid-frame computers for a bank). He found he did not enjoy working in a corporate office environment. Other jobs he has had include property development, working as a croupier in a casino, and as a pot washer in a ski resort in France. Interspersed with these was time volunteering as an English teacher for refugees, a role he found both worthwhile and enjoyable, eventually resulting in a final career change to English teacher.

When he is not teaching, Alex enjoys traveling (he has visited many parts of Indonesia and the rest of the world), rock climbing, diving and photographing the streets of Jakarta and Surabaya. He would also like to continue the skiing he did in France, but Indonesia has a regrettably small amount of snow.

Listen to Alex
The IALF website uses cookies to optimize and improve your browsing experience. By continuing, you agree to our use of cookies.Continue