The IELTS (International English Language Testing System) test assesses all four language skills – listening, reading, writing and speaking – in the context of real-life use of English. It is now available in two test types: Paper-based and Computer-delivered.

IELTS offers two modules: the Academic Module and the General Training Module. The results are based on a 9-band scale. At IALF, you can sit all four modules on the same day, starting with Listening, Reading and Writing in the morning, followed by the Speaking test in the afternoon. Make sure to check the Test Dates & Locations page, and options on how you can prepare for the test.

Take the IELTS test at IALF Jakarta and get 100K Gofood voucher!

Take the IELTS test at IALF Gading Serpong and get Rp300K Cashback!

The IELTS fee for both Paper-based & Computer-delivered is currently Rp 3,150,000*

Each band corresponds to a level of English competence. All parts of the test and the Overall Band Score can be reported in whole and half bands, eg 6.5, 7.0, 7.5, 8.0.

has fully operational command of the language: appropriate, accurate and fluent with complete understanding.

has fully operational command of the language with only occasional unsystematic inaccuracies and inappropriacies. Misunderstandings may occur in unfamiliar situations. Handles complex detailed argumentation well.

has operational command of the language, though with occasional inaccuracies, inappropriacies and misunderstandings in some situations. Generally handles complex language well and understands detailed reasoning.

has generally effective command of the language despite some inaccuracies, inappropriacies and misunderstandings. Can use and understand fairly complex language, particularly in familiar situations.

has partial command of the language, coping with overall meaning in most situations, though is likely to make many mistakes. Should be able to handle basic communication in own field.

basic competence is limited to familiar situations. Has frequent problems in understanding and expression. Is not able to use complex language.

no real communication is possible except for the most basic information using isolated words or short formulae in familiar situations and to meet immediate needs. Has great difficulty understanding spoken and written English.

essentially has no ability to use the language beyond possibly a few isolated words.

Band 0: Did not attempt the test:

Here are the most frequently asked questions about the IELTS Test.

How much does the IELTS test cost?

How is the IELTS Test structured?

If you choose paper-based IELTS, you will answer the Listening, Reading and Writing tests on paper. The Speaking test is delivered face-to-face or VCS (Video Call Speaking) with an examiner.

If you choose to take IELTS on computer, you will take the Listening, Reading and Writing tests using a computer. The Speaking test will remain face-to-face or VCS (Video Call Speaking) with an examiner.

Other aspects of the test, whether paper or computer are the all same.

Which IELTS test module should I take?

The version (Academic or General Training) depends on why you are taking the test and your plans for the future. It will depend on your visa or on the requirements of the institution where you plan to study or work.

IELTS Academic
measures English language proficiency for academic purposes. You may choose IELTS Academic if you want to:

IELTS General Training
measures English language proficiency in a practical, everyday context. You may choose IELTS General Training if you want to study or train in secondary education or join a training program. The General Training module is often used for immigration purposes, as a visa requirement if you are planning to migrate to English speaking countries, including Australia (DIAC), Canada (CIC) or New Zealand (INZ) and UK (UKBA).

Where can I take the IELTS test?

The Paper-based IELTS is offered at a number of regional centres. Check out the full list of IELTS Test dates & locations in Indonesia.

Off-site tests can also be arranged for special groups of 12 candidates or more. Please Contact IALF if you would like us to conduct an IELTS test at your institution.

How can I register to take the test?

Please register early to ensure you get the test date that you require. The IELTS test is in high demand and some test dates are already full.

You can register & pay online for an IELTS test at IALF and its offsite locations. Payment can be made directly using your credit card, PayPal or ATM transfer

Please note that your registration for an IELTS Test is not confirmed until payment is received.

What happens on the test day?

Registration time: 7.30 am - 8.00 am (depending on the venue). Candidates arriving late will not be allowed to sit the test.

The speaking test is conducted at the same venue and on the same day as the Listening, Reading and Writing modules, saving you two journeys for one test.

When do I get my results?

You will also receive an email from our IELTS admin team notifying you that your results have been published. Hard copies of the Test Report Form can be collected at IALF during office hours or we can arrange to have it sent by courier (2-4 days for delivery).

How can I prepare for the IELTS test?

IALF offers an extensive range of IELTS Preparation courses at each of its centres. For more detailed information on IELTS Prep courses, click here.

Each skill is tested separately. You will take the Listening (30 minutes), Reading (60 minutes) and Writing (60 minutes) tests all on the same day one after the other, with no breaks in between. The total test time is around 3 hours. 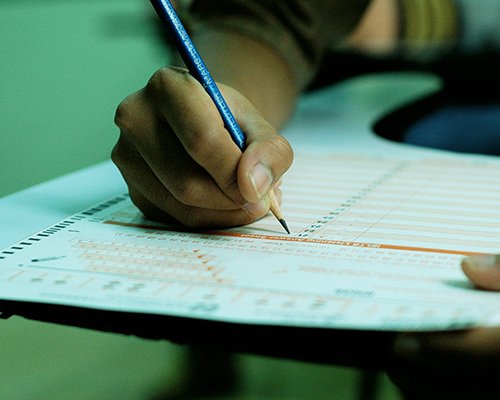 ON THE DAY INFORMATION

For Computer-Delivered IELTS results are available online 3-5 business days after the test date*.

For Paper-based IELTS results are available online 13 business days after the test date*.

Register now for the IELTS Test

Prepare for the IELTS Test